The gemstone of royals, Emerald has always been an imperial choice. The Mughals, Cleopatra, and monarchs around the world were allured by its affluent green color. It is the birthstone for those born in May and is believed to possess exceptional healing powers. This mystical gemstone shares the space with Diamond, Ruby, and Sapphire as an awesome gemstone. Its association with Mercury imbibes the power to cure serious ailments like epilepsy, stammering, psychosis. It gives prudence and wisdom to its wearer.

Emerald is a form of Beryl resulting from a natural phenomenon called Exometamorphism in which the elements of Chromium or even Vanadium gives the lustrous green color to basic rock. The color variance depends upon the amount of iron that it has. Having a hardness of 7.5-8 on Moh’s scale and some inclusions as well, make this gem, an enviable possession. Its deposits are found aplenty in Columbia, Zambia, Zimbabwe, Nigeria, and India. However, the leading producer of the best quality of Emerald is Columbia.

This South American country has hold over 70-90 % of market share of Emerald in the world. In terms of color, size, brilliance, and purity, these are the best quality Emeralds. Columbian Emerald has green as its generic color while there are certain variations in it which lends distinctive hues of green. The deep green Emerald found in core depths of Columbian mines, is the most exclusive and priceless variety of this gemstone. Mines at Muzo and Chivor are the major emerald producers in the country. While Muzo mine shells out gems having tints of yellow color, those coming out of Chivor mine are usually on the bluish shade. 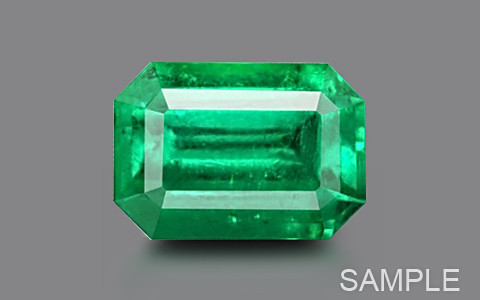 This African country also has large deposits of Beryl which makes it the second in number of largest producers of Emerald in world. It is a recent discovery made by man around the year 1950. While Columbian Emerald is liked for the leafy green color it has, these Zambian Emeralds are deeper green to the core. These emeralds are less porous, smaller, and lesser brittle in nature. They are clearer in appearance with a brilliant luster. Buying Zambian stones is quite cheaper as well. The pricing of gems is based on their origin. On this count, these Emeralds are priced lower than Columbian counterparts and are highly affordable for any class of buyers. 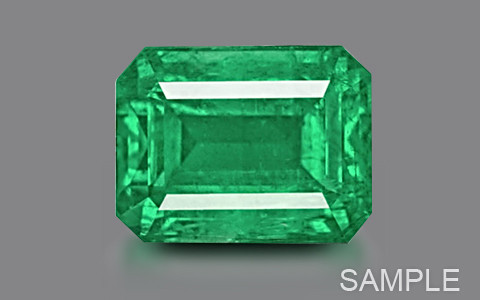 In India, Emerald is fondly called Panna. Indian history too is laden with Emerald fascination of the royalties. India is also one of the producers of Emerald though currently there are not many such mines found here. Instead, it is the leading cutting center of this gemstone in the world. Hence you can find the best quality of Emerald in India in its most splendid form which has high astrological values as well.

Emerald was first discovered in Brazil back in 1920. Back then the quality of emeralds mined in Brazilian mines were not considered up to mark with the best that was available in the market. By the end of 1980s, new mines were discovered that now are reputed for being much better than what was produced hitherto. Now mines in Minais Gerais, Santa Teresinha in Goias, and Nova Era have won several market accolades for producing high emerald gemstones.

Dear Alex,
Thank you for reaching out to us! We would be glad to help you. Unfortunately, we were not able to understand your query properly and therefore request you to be kindly more elaborate with it so that we can help you with the best of our capabilities.
For more information on Emerald and to find the best quality natural Emerald, please visit here: https://www.gempundit.com/gemstones/emerald
For any other queries, feel free to contact us at +91 11 4084 4599 or mail us at support@gempundit.com.
We wish you a great day ahead and that you are staying home and staying safe!
Warm regards,
Team GemPundit.

posted on May 05,2020
Dear Gaurav,
Thank you for writing to us. We will surely try to help you with your query. As per your given details, we have gone through your charts and recommend you to wear a 7-8 carat Ruby Gemstone. This will enhance every sector of your life and bring in overall luck and fortune.
Additionally, you can also wear a Red Coral and Yellow Sapphire for good luck and prosperity. However, to get a detailed gemstone recommendation, focusing on specific sectors of your life, you can also consult our expert team of learned astrologers at the given link: https://www.gempundit.com/astro-consulation.

We hope we have addressed your query to your satisfaction. For any further assistance, feel free to contact us again.